Mull Car Club is proud to announce outline details of the Dunoon Presents Argyll Rally which will take place on 24th June 2017 in Dunoon and the nearby forests.

The rally has been made possible with support from Dunoon Presents and aims to support local business by bringing the event to the town.

The all-gravel rally will form round five of the ARR Craib MSA Scottish Rally Championship and marks the first time stage rallying has taken place in the forests for over ten years.

The event is hosted by Dunoon Stadium which will house Rally HQ, documentation and scrutineering. The facility will also play host to the rally service area ensuring a compact and atmospheric weekend for crews and spectators alike.

Both competitors and rally fans will be in for a treat as some of the UK’s best rally drivers contest over 40 miles of classic forests in the region and all just a walking distance from the rally base at the Stadium.  The rally will commence with a spectacular ceremonial start in Dunoon town centre. 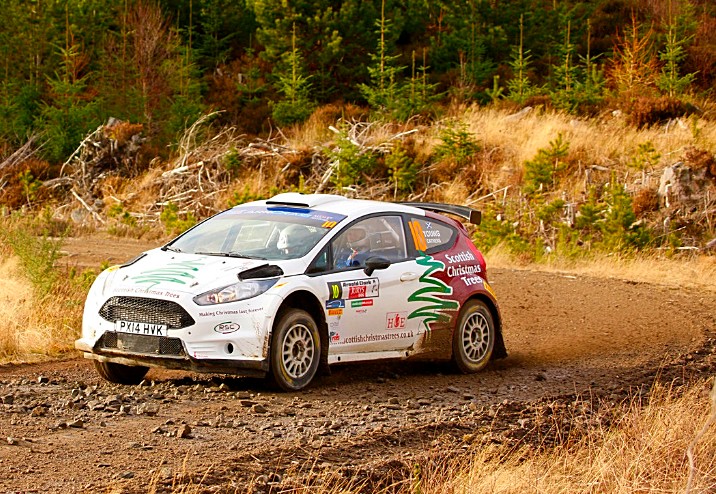 Rally cars will be present in the Argyll forests once again – image courtesy of Lindsay Photo Sport.

First known as the Burmah Rally, the event originated from the early 1970’s where the British Rally Championship assembled in the region and saw classic battles in the local forests with names such as Roger Clark and Jimmy McRae.

Last run in 2003 by Lankarkshire Car Club, the event fell victim to the austerity measures of the era and without inclusion in the Scottish Rally Championship in 2004, ended an almost 40 year history.

Chris Woodcock, Clerk of the Course for the event believes it’s the perfect time to resurrect the rally. “The heritage of this event takes some beating and anyone around at that time of the original events always has very fond memories of coming to Dunoon” he says.

“Scottish Rallying is at its prime right now and has a huge following both on and off events and we are truly excited to bring the sport back to the region. We extend our thanks to the SRC for inclusion in their championship which will ensure an exciting days action in the Argyll forests.

We are also indebted to Dunoon Presents (the businesses) and the locals for all their support and allowing the event to grace the region once again.”

More information on the Argyll Rally will be available over the coming weeks.