Duns rally driver Euan Thorburn took a nail-biting victory at this weekend’s Dunoon Presents Argyll Rally as the event returned to Dunoon for the first time in 14 years on Saturday (24th June).

The current ARR Craib MSA Scottish Rally Championship (SRC) leader took his Ford Fiesta R5 to a final stage win from Jock Armstrong who had led the event for four out of the five stages, losing out by just four seconds in the tricky conditions.  Shaun Sinclair endured a tough run in his Subaru Impreza S14 WRC but managed to bring the potent machine home in third spot, not quite managing to take the event win he achieved the last time the event was run.

The Mull Car Club organised event had been resurrected after its last running in 2003, with the support of Dunoon Presents and local businesses.

Reigning SRC champion Jock Armstrong, co-driven by Paula Swinscoe, led the crews away from the town centre start as favourite for the win in Dunoon and proved to be a safe bet by taking first blood on the very tricky Glenbranter opening stage by an impressive 12-second margin over Sinclair. Mike Falkner and Peter Foy took third quickest in their Mitsubishi Evo IX despite an early puncture with Thorburn languishing down in fourth.

The leader board would stay that way after the second test with Armstrong commanding a 15 second lead over Sinclair as the crews entered the first service of the day at Dunoon Stadium.

The route would then make the trip up towards Rest and Be Thankful for two stages and this is where Thorburn would begin his fight back.

Taking fastest times on stages three and four, Thorburn closed the gap to Armstrong to just four seconds going into the final stage and with an unbeatable time through the last, took an incredible Argyll Rally win from the grasp of Armstrong.

“We came here to try and win and we just had to try and pull our finger out and go for it on the last stage, and it worked,” said a pleased Thorburn at the finish. “There was nothing else for it other than to have a good go in that last one; with only four seconds in it, we had to try for the win.  It’s great to have a battle with Jock right down to the wire and of course, will really help our Championship for the last two rounds”.

Armstrong took little consolation from his second place, having led the rally for most of the day. His very rough sounding Subaru crossed the finish ramp with a broken exhaust obtained during the stage; a contributor to his time loss. 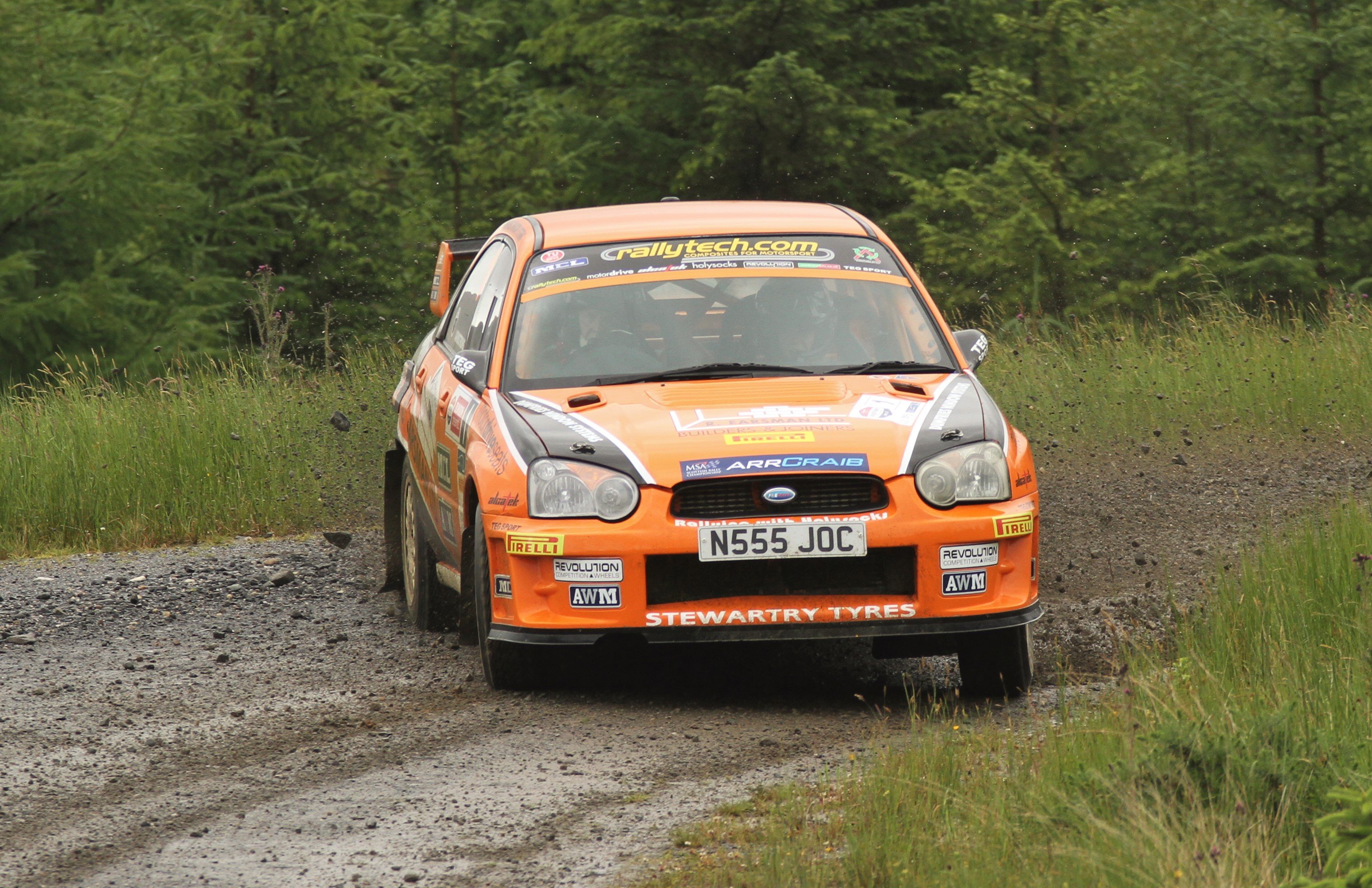 With Thorburn charging from fourth to first, the top three shuffled around during the day but it would be Sinclair that bagged the final podium spot. Complaining about a lack of grip and confidence in the car during the afternoon loop of stages, Sinclair was pleased to make it back to Dunoon with another decent point haul for his championship aspirations.

Mark McCulloch and Michael Hendry took fourth overall in their Mitsubishi Evo IX. The duo occupied the position that Thorburn vacated on his way up the leaderboard and would hold it strongly until the end. Try as he might, Faulkner could not regain a top three position after a time zapping spin in stage three and rounded off the top five.

With stages not used for almost two decades, the rate of attrition for the event would undoubtedly be high and just 53 of the 70 starters would return to Dunoon to cross the finish ramp.

Chris Woodcock, Clerk of the Course for the event is pleased with how the event has run.

“It was truly amazing to be back in Argyll after 14 years and we would like to thank Dunoon Presents, all the local businesses and townsfolk that welcomed the event with open arms,” he says.

“Like any event of this size, we had lots of issues thrown at us during the day but the team managed to overcome them and we, of course, will learn from them for next year. Congratulations to Euan and Paul on their win, they join iconic names on the trophy”.

More information on the event, including full results, can be found on social media or the website at www.argyllrally.co.uk